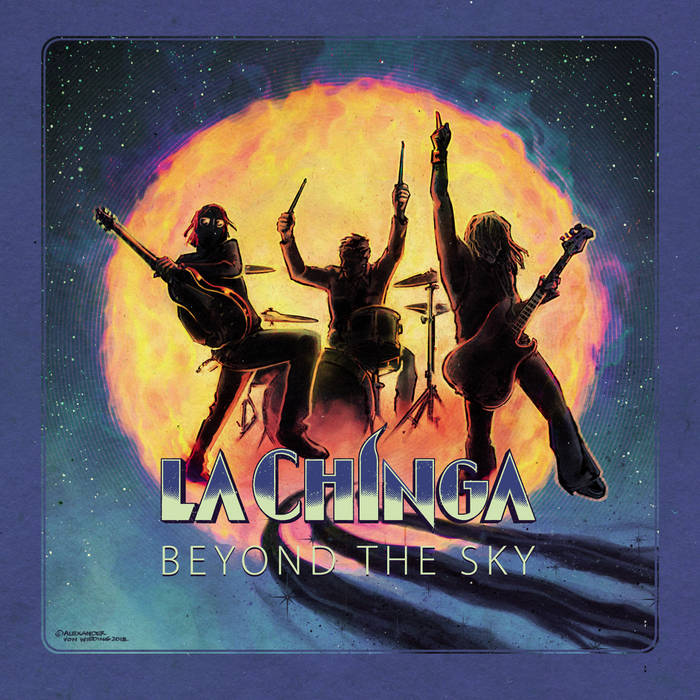 Organic Apple Radio It's tough to pick one song but 'Mama Boogie' is definitely the jam! Favorite track: Mama Boogie.

Jackson All killer, no filler. These guys consistently get down with killer heavy boogie!

Bucky Perhaps one of the most exquisite hard rocking bands out there. Giving AC/DC a run for their money while paying their entry with raunchy riffs, bone shaking rhythm and heavily distorted funk hopped up on beer margaritas and LSD.

La Chinga was born in Vancouver, BC in 2012, although in reality it was conceived about a year earlier when bassist/vocalist Carl Spackler was surfing in SoCal and his chicano beach buddies kept hailing each other with the mysterious phrase.

We’ll spare any sensitive unilingual anglophones the meaning; what matters is that Spackler’s dream of a hard rock power trio built on erogenous funkadelic rhythms and a devotion to life’s more sublime pleasures—chief among them: tequila—was now embodied inside a beautifully obscene two-word incantation.

Drummer/vocalist Jay Solyom and guitarist/vocalist Ben Yardley—also a noted professor of theremin—were conscripted shortly after, both veterans of Vancouver’s notoriously dead-end music scene, both beautifully obscene in their own right. La Chinga’s self-titled debut record was rushed out of a makeshift studio in 2013 on nothing but fumes and the liberating force of not giving a shit, landing like a hairball crossed with a stink bomb inside a world of yoga pant commerce, condo developments, and Macbook “musicians.”

Meanwhile Spackler was busying pouring all off his demented ‘70s obsessions into wild three-minute homemade music videos, finding the visual language of fuzz itself inside shitty horror films as he furnished the great infernal drive-in of his mind. Somehow, miraculously, this charming brew conspired to make La Chinga the hottest bunch of stoned ape groovers to hot wheel out of the Pacific Northwest since forever.

Opening track “Nothin’ That I Can’t Do” sets the agenda for the album’s 45-minutes of sublimely confident freedom rock, sometimes meaty and beaty (“Mama Boogie”, “Death Rider”), sometimes glam-handed (“Killer Wizard”), and occasionally even dirtbag pretty (“Keep on Rollin’). When it all melts into a puddle of phased goo in the final bars of “Warlords”, the listener has been rolled, boogied, and otherwise supernaturally conveyed well beyond the sky, maybe even beyond ridiculous. This is how it feels to get chinga’d, amigos. Surf’s up.

Keep On Rollin’ | Killer Wizard | Mama Boogie | Wings of Fire
Recorded and mixed by Jamey Koch at the Warehouse Studio.

Feel It In My Bones | Nothin’ That I Can't Do | Warlords
Bed tracks recorded by Jamey Koch at the Warehouse Studio.
Overdubs and mixing by Jason Solyom at Witch Mountain Studios.

Beyond The Sky | Black River | H.O.W.
Recorded and mixed by Eric Nielsen at Afterlife Studios.

La Chinga is proud to be endorsed by CreativeBC.