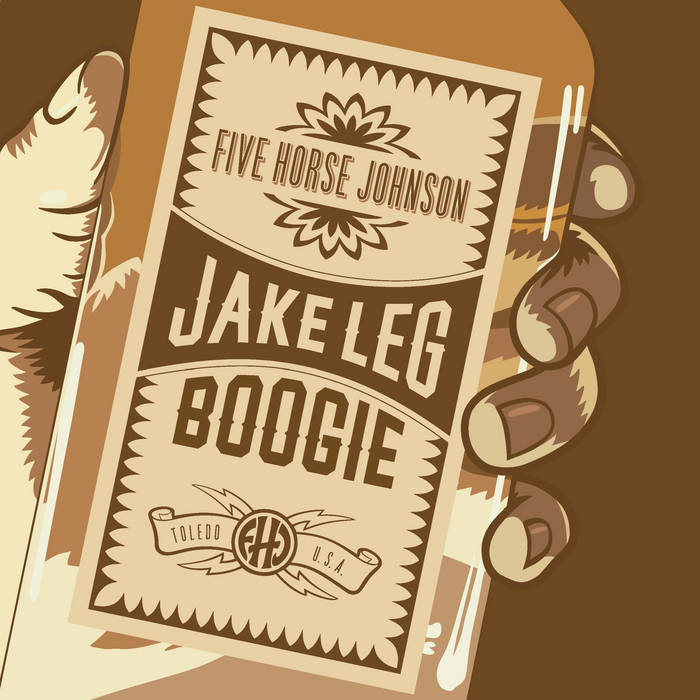 Thomas Guido Benkart Cause I love the sound of this band. ...and of course they are fantastic guys.
Hope to see them soon in Germany; Memmingen / Kaminwerk!
Salute!

When Five Horse Johnson formed back in 1995, referring to themselves as a “blues band,” a few brows might well have been furrowed. But this is a band that has always understood that the blues isn’t a formula – it’s a way of looking at the world. Their take on the blooze is as a dirty, sensual thing, enhanced with a healthy dose of humor.

Now some two decades and seven albums into their career – with eighth Jake Leg Boogie, set to drop in Summer 2017 on Small Stone – Five Horse Johnson have dug out a niche of their own, a genuine love and respect for traditional blues and classic rock leading them to likewise become one of the most loved and respected bands in the heavy rock underground. Always a freight train live, they’ve toured the US (with Clutch and Halfway to Gone) and Europe extensively (including the festival circuit), gathering fans, friends, and drinking partners all over the Western World.

From the slow, bluesy stomp of the title-track, to the dirge vibe of “Daddy Was a Gun” – a story of some weird goings-on in a strange parish – Jake Leg Boogie is pure old school FHJ, recorded live, everyone in the same room, with as little overdubbing as possible. Accordingly, it feels lively and loud in the MC5-come-Hendrix vibe of “Hard Times,” the hard-rocking “Magic Man” (a tale of depravity set in the town of Springfield, MO), and the near-Texan boogie of “Smoke Show.”

Five Horse Johnson is not a band that makes apologies, and compromise is not an option. The truth is, this is hard, heavy, dirty blues rock ’n’ roll for people who like the sound of an engine roaring or the feeling obtained by following a cold beer with a shot of good whiskey. FHJ will gladly kick your ass, and then wait for you to say thank you and ask for another. Which you will.