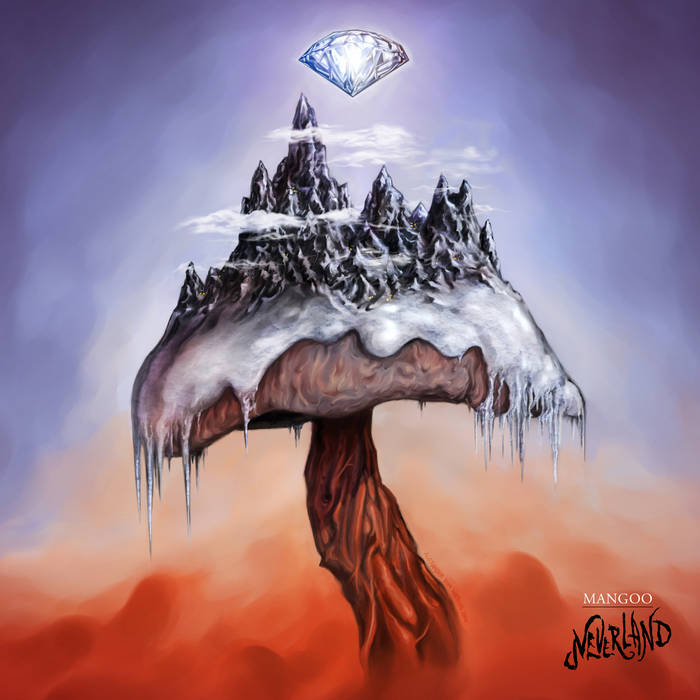 Zhakathoom Oooh. There are some great tracks on this album. Especially Neverland and Deathmint are true gems in my ears. The rest of the tracks are solid and diverse, featuring heavy riffs and distinct clear vocals. I love it! Favorite track: Deathmint.

Bucky How come I didn't know about this album until 2014? Seriously can't get enough of the classic metal laced psychedelic fuzz rock. Totally blown away and the vinyl looks amazing. Vocals are superb with their proto-metal ring combined with the immensely catchy riffs. Top tier Small Stone band that needs your attention now!

Hailing from Turku, Finland, Mangoo have been busting out the fuzz since 2005 when they released their untitled debut
EP. Countless beers, shows and drummers later in 2009 the first full-length, Neolithic (7:45 Records), was released. Since then the line-up has remained unchanged with Pickles playing guitar and singing, Mattarn with some more guitar, Igor bringing the bass, Teemu pounding away at the drums and Nikky playing keys and just generating weird noises... oh, and everybody singing along and having a good time.

2012 will see the release of the bands second album and Small Stone debut, entitled Neverland. Like the debut it was recorded and produced by the band itself and displays growth to a more dynamic and even more varied sound. Neverland delivers the heavy, the mellow, the jams and the hooks. If you believe Benny Grotto, who mixed the album, it's “a really cool band from Finland... “who sorta sound like a cross between QOTSA, Rush, Yes, and the Foo Fighters. It’s like, weird, proggy stoner rock, but with keyboards and gigantic pop hooks.”