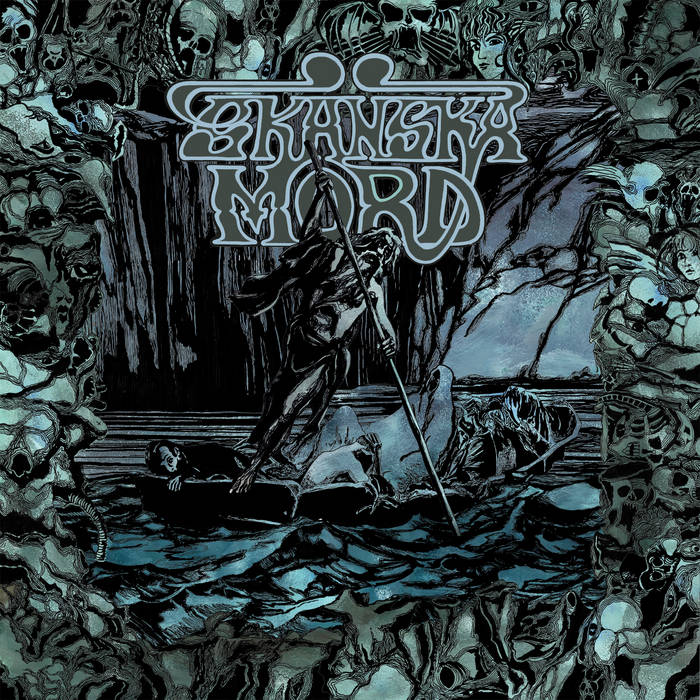 Stoner Vibrations These guys are just fantastic. At times they remind me of The Sword. Well worth your money. Favorite track: Lord of Space and Time.

Steve Rodger Holy monsters of Swedish stoner Batman, another great album from the excellent Skanska Mord. Must be time to release another album surely. Favorite track: Lord of Space and Time.

Fuzzed out psychedelica, the likes of which hasn’t been heard since the heyday of real rock in the 70’s, oozes from the amps and tears across the landscape like some kind of lawnmower on acid. The world starts to spin; everything goes black and then several shades of purple. All that, and then the songs kick in…

Formed in 2006 from a melding of the then-defunct and highly regarded Swedish bands Half Man and Mothercake, Skånska Mord was the next logical step in the natural evolution of both bands. A crossroads where Jönsson, Berglin & Englund’s more metal inclined Mothercake fell into the swampy blues rock of Bengtsson & Carlsson’s Half Man (just imagine a perfect world where Seattle’s Green River happened in reverse and you’ll get the idea). Blended rhythm section rarely sound this in sync, but one can easily chalk that up to the common ground shared by all the members. First, the fact that they all come from the same place, Örkelljunga, a small village in the south of Sweden. In fact, the three older members (Jan Bengtsson, Patric Carlsson and Patrik Berglin) have been friends since their early teenage years. Bengtsson and Carlsson in particular have been playing together for 16 years in Half Man and before that for even more years in various constellations, they’ve been pretty much inseparable through both their musical careers. Secondly, is their common love for old 70’s hard and heavy rock. A lot of inspiration has been collected through the years much like Bengtsson’s and Carlsson’s sizeable collections of vintage vinyl, amongst them a kings ransom of hard rock, progressive, blues and psychedelia. In some way this shared musical background has help give birth to a special sound, which is uniquely Örkelljungan.

“Paths To Charon” is the band’s follow up to their critically acclaimed 2010 debut “The Last Supper,” A record that served as a great launching point for the boys, and now, they have really brought it with their newest effor. There are plenty of thick hypnotic blues infused layers of rawk, (just like their debut), but this time around, it is even more powerful. Skanska Mord is charging ahead in 2012, only they think it is 1972... And this my friends, is never a bad thing when it comes to the fine art of Classic Rock n’ Roll.