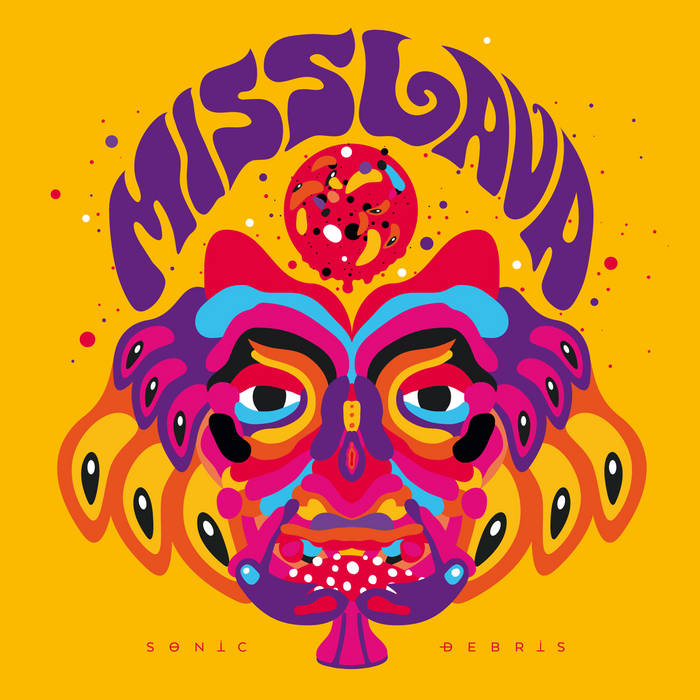 Paul Ashton As soon as I seen the cover I thought this as got to be worth checking out, and boy was it worth it. This absolutely rocks and should be a hit around the the world. Not a single bad track on the album. Money very very well spent

John Maracich III Definitely inspired by the same bands that inspire me. A lot of new twists too. Favorite track: Another Beast Is Born.

Patric Barrett/Launch Pad What got my attention was the cover. With a cover like that, it must be good. And it didn't disappoint. Small Stone wins again. Favorite track: In The Arms Of The Freaks.

Portugal’s foremost heavy rock and rollers Miss Lava return in 2016 with Sonic Debris, their third album, to be launched on May 20th, 2016 worldwide through Small Stone Records.

Sonic Debris witnesses the band exploring new sonic landscapes and an open and inclusive creative process. Throughout, they design explosive sound textures, get high on psychedelic asteroids and unleash obscure beasts. The album is a sonic voyage with a diversity beyond anything yet evidenced by the band.

The new album follows Red Supergiant (2013) and Blues for the Dangerous Miles (2009) – named by Loud Magazine as one of the top five Portuguese albums of the year – and a limited edition self-titled blood red vinyl EP (2008).

Previous videos featured on MTV Portugal, and with Sonic Debris, Miss Lava expect to launch a series of singles and videos to promote the album and announce many European dates throughout 2016 and 2017.

Guests:
Tiago Jónatas plays theremin and freaks out with effects on “I’m The Asteroid” and “In A Sonic Fire We Shall Burn”.
Rui Guerra guests on the intro of “The Silent Ghost Of Doom”.
Marco Resende sings backings on “Another Beast Is Born”.
Salvador Gouveia lends his satanical voice to “Another Beast Is Born”.
Fernando Matias plays guitars on “In A Sonic Fire We Shall Burn”.

Design and Artwork by josemendes.me
Photograpy by André Cardoso; Post-production by João Filipe.