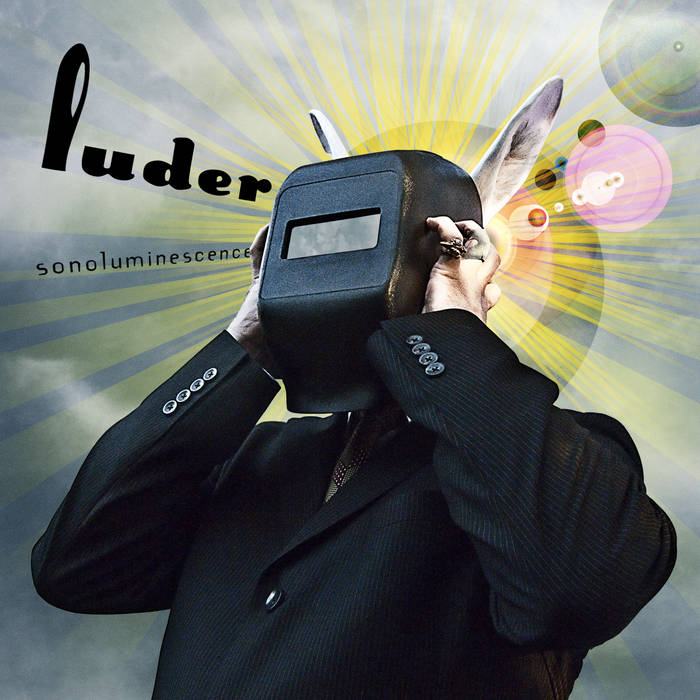 Zack S. This album is stunning, it gives me chills every time I listen to it. A perfect combination of soothing/sweet/languid but slightly eerie vocals with the alternative hard rock/desert grooves plus excellent lyrics. I can not understand why more people have not bought this here! It's like a molasses covered brick wall falling on you in slow motion. On top of all that it's one of my all time favorite album covers.

Sonoluminescence – 'luminescence excited in a substance by the passage of sound waves through it.'

The formation of Luder harkens back to 2006, when Small Stone Records undertook the task of issuing the lost recordings of a band called Slot after the untimely passing of its founding member and guitarist, Billy Rivkin. After the successful completion of this project, it was decided by the powers that be that some semblance of the band should play at SXSW the following spring. So it was that Sue Lott (Slot's bassist) and Eddie Alterman (Slot's drummer) were joined on guitars by Phil Dürr (Big Chief, Giant Brain, Five Horse Johnson) and Small Stone head-honcho Scott Hamilton to pull off such a thing. The thinking was that it would take two guitar players to competently do what Billy did on his own.

After a successful SXSW show in the spring of 2007, Followed by a hometown show at the Magic Stick, Sue, Phil and Scott decided it might be worthwhile and fun to continue playing and writing music, perhaps under a different moniker. Eddie being mostly unavailable due to laboral commitments, they humbly asked ex-Novadriver drummer (and, as with Phil, current Five Horse Johnson member) Eric Miller to join and soon started doing that thing that the kids call “jamming.” At first, the quartet got together mostly to keep their chops up, jamming on quasi-Krautrock riffs a few nights a week. Eventually, as everyone got comfortable with each others’ playing styles, they started writing songs for real, honing the ad-libbed riffs into songs, making music that none of them would be able to write in any other band. Luder set out to make obstinate music, or as Sue likes to say, “music I like.” A new idea was hatched, a new band was born, and a new name was chosen; ergo: Luder.

Luder seamlessly incorporates all the influences of the individual band members and their musical histories into a coherent whole. When Eric and Phil bring elements of Stoner Rock, Sue might counter them with an almost jazzy bass line. Scott might pitch a decidedly shoegazery melody line, Phil may react by channeling his inner metal-head. When Sue comes to the table with a decidedly ambient bass line, the other three might add any and all types of raucous, multi-genre-ic sounds. If Phil's hispanophilia threatens to get out of hand, Eric may throw in an absolutely tribal drumbeat. Now, add a pinch of humor to the mix, and it all combines to give Luder's music that certain out-of-left-field-je-ne-sais-quoi that adds up to a band that in the end sounds like no other. Then you bring Sue's ethereal vocal stylings into the picture, and you makes for quite a spicy stew. Luder's songs have been described as “disturbingly peaceful,” “peacefully disturbing,” and “in need of editing” (to which they gleefully and politely say “no, thank you” and "up yours" in unison).

As the a result of staying true to their musical passions and influences, not to mention running up a rather hefty electrical bill in Sue’s basement, the debut album from Luder, ‘Sonoluminescence’ was etched out in the dwelling that was once known to insiders as The Slot House. Recorded at Rustbelt Studios with Eric Hoegemeyer (Giant Brain, Deep See Sound System) on the dials over the course of six months whenever all parties could meet, Sonoluminescence is a very organic and dynamic, an orgasmic whirlwind of Rock Recording. Luder’s debut is sure to turn a few heads, cause a spit-take or two, and clean out a few eardrums in the process. Hell... you might even catch them live if the guarantee is right and there happen to be any baby- and dogsitters available to work that particular night...

For fans of: Slot, Giant Brain, The Birthday Party, Soundgarden, Queens Of The Stone Age, Tool, Clutch, Curve, Portishead, The Verve, Polar Bear, and an ass load of other like-minded bands from the 70s, 80s, and early 90s.