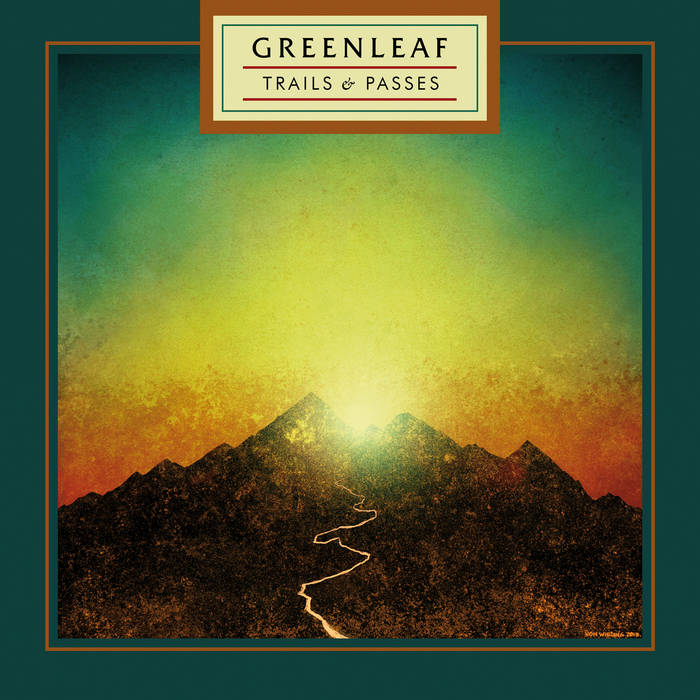 lloydd Not much to add this is top shelf stoner rock. As stated not a sub par song on this fantastic recording. With the on going personal changes in the band it is amazing that the music gets better and better with each and every release. Yes the drums are strong on this release and the new vocalist does not miss a beat Favorite track: With Eyes Wide Open.

David Yvinec There is nothing creepy about Greenleaf. They don't feel the need to be edgy for their music to be interesting and entertaining. There is plenty of positive vibes in that album. Greenleaf wants us to rock hard with some great cosmic groove and with some deep 70's sounding bluesy riffs. A great vocalist with some good lyrics, and a rhythmic section that keeps you moving: I wanted to buy this album for a long time. I know already I will buy more music from them. Favorite track: Ocean Deep.
more...

Almost by definition, musical side projects aren’t meant to last very long, but rather serve as brief, often one-time departures for musicians otherwise engaged with far more pressing or successful bands -- and that’s why Greenleaf has proved itself to be anything but your typical “side project.”

Yes, this Scandinavian music collective has gone through quite the revolving cast since their arrival on the scene, much like an auditory Y2K virus in that fateful millennium flip; but the one constant bond that has repeatedly drawn them together, every few years, like an irresistible gravitational force, is a shared musical vision, straddling the realms of stoner and alternative rock.

Now, Greenleaf is on the move again, bidding Cedermalm “adieu” and saying a hearty “hola” to a tandem of new recruits in frontman Arvid Jonsson and drummer Sebastian Olsson, who joined Holappa and long-serving bassist Bengt Bäcke in time to record (incidentally, with no outside help, guest musicians, or other additives) what would become Greenleaf’s next and fifth long-player, Trails and Passes, which is now ready for global release in January 2014, via Small Stone Recordings.

And, as has always been the case with this ever-evolving sonic beast, the music magically draws out the best talents of whoever happens to be involved, resulting in a modern rock amalgam as impossible to simplify as it is futile to want to; after all simultaneously familiar and surprising new sounds seem to be the ultimate thread connecting Greenleaf’s long career.

A career that now sees the group categorically divesting itself of any lingering “side project” associations (ask Holappa and he’ll bluntly tell you it is Dozer that’s become his “side project” these days) and graduating to well-deserved headline status — the better to take the Greenleaf name to the next level on the abundant strengths of Trails and Passes.