Your World Of Tomorrow 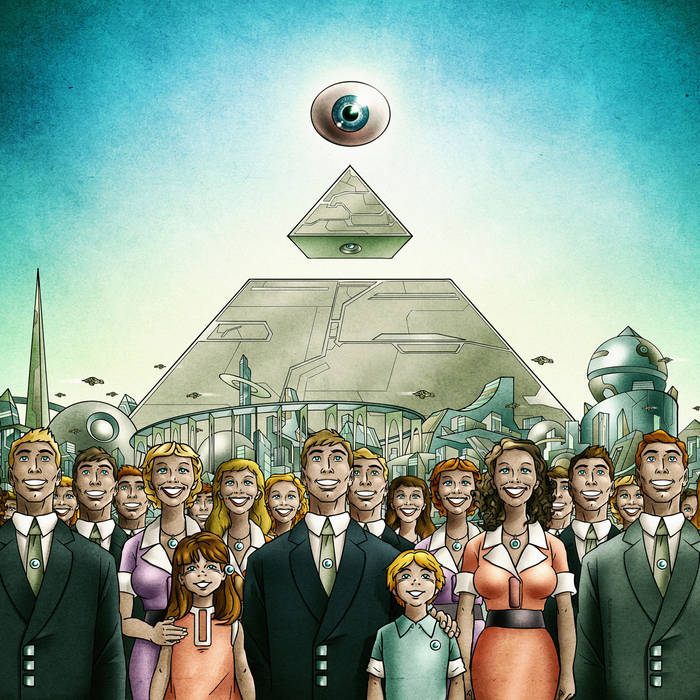 Zhakathoom No fuzz heavy metal/rock album that plays without a hitch. It's not revolutionary, but then again on an idle tuesday afternoon revolution is not always what you need. :) Favorite track: The Lucky Ones.

They're not saying that they've been everywhere or done everything, but Ironweed can tell you that while our little planet is pretty amazing, they’ve observed enough to know that we’re not the only ones kicking the tires of the Universe. A borrowed view of the world perhaps, but Jack Burton doesn't seem to mind and it eloquently explains the mindset of these rock and roll mad scientists.

The year is 2011 and multinational corporations, with the help of technology and the media, have enslaved the planet. CNN, Facebook, iTunes and Twitter are just a few of the tools being used to lull the people of earth into complacency. But fear not, a small band of New York's finest veteran rockers is here shock you from your slumber and rock you back to reality. Just imagine the Matrix with guitars and you'll get the idea. Ironweed is back to save you and "Your World Tomorrow."

Risen from the ashes of the critically-acclaimed Greatdayforup, Ironweed is a veritable supergroup of Albany’s most seasoned veterans- bands who have for the past decade have been chipping away at the bloated underbelly of corporate rock. With the demise of GDFU the core group of Mike Vitali and Brendan Slater began the arduous task of assembling a heavier, tighter band. The timely demise of another Albany favorite, Held Under, added to the mix, along with the addition of the exceptional vocal chords of Jeff Andrews. The considerable skills of second guitarist Ryan Rapp filled out the Ironweed sound , adding a mind-blowing new dimension to the titanic rock that these Upsate New Yorkers make. Dan Dinsmore later joined behind the drum adding the final ingredient to Ironweed’s powerhouse sound, just in time for "Your World Tomorrow."

It reflects the band’s heaviest efforts, and after 2008's "Indian Ladder" that's saying something. With nine brutal tracks in all, "Your World Tomorrow" is a sonic assault. Each song delivers thick and sludgy riffs amped up behind a thunderous low end and enough power to spin the planet the other way.

Look for the album to hit store this June and for an East Coast tour this summer, followed by CMJ this fall and a European tour in 2012. Put down your iPhone and experience the music live. Come join the revolution. Ironweed is recruiting an army to save you from... and for "Your World Tomorrow."

For fans of Solace, Iota, Greatdayforup, Black Sleep Of Kali, Milligram, and Roadsaw.